“Miss Hokusai” is a virtual painting with a fantastic plot 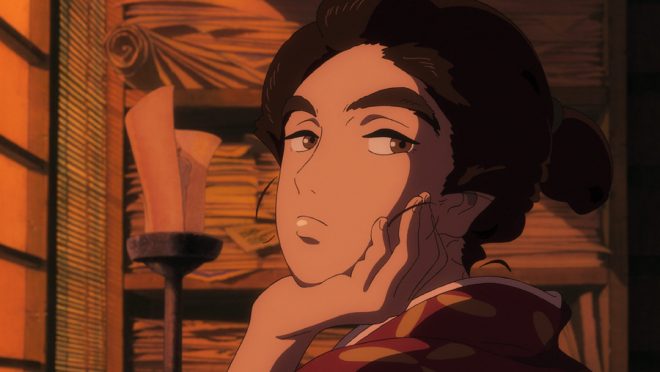 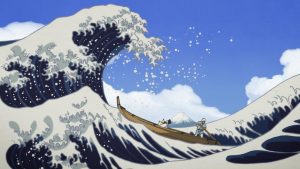 Miss Hokusai is an animated adaptation of the Hinako Sugiura manga series. Rather than tell a traditional tale of a famous artist—in this case, Katsushika Hokusai, the legendary Japanese painter most well-known for the world-famous “The Great Wave”—it allows us to see him through his daughter’s eyes, while paying homage to his paintings which appear throughout the film.

The spirituality of the film is apparent to Ms. Hokusai and her father but not so much to those around them.  This film is beautiful.

In the film, a frustrated O-Ei is usually unable to find completeness. The only thing she apparently loves is her blind sister. If you love paintings, Ms. Hokusai tells a story that is a delight to experience. The movie was like riding a boat down a lazy river with your fingers touching the water. 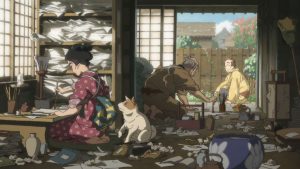 In a word that can describe Miss Hokusai, is painterly. While I was not expecting to feel a lot of emotional connection to the characters, the film was still incredibly  moving and the visuals were all very purposeful. The most interesting scenes usually were when a story was being told or a transition between scenes. Each story was accompanied with visuals that were evocative and interesting.

When reality and surrealism blend, the combination is often referred to as magical realism. In a sense, magical realism is something fantastic that could never happen in our world, but is almost normal for the main characters in Miss Hokusai. Even something like a praying mantis walking on a mosquito net left me questioning whether it was real in the movie or not. Where Miss Hokusai excels is in its visual style. The film often looks like an ink painting re-rendered with vibrant color and well placed 3D. 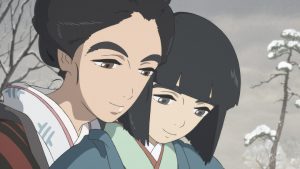 The sister plays a very interesting role, where her presence feels faint and sickly. Perhaps due to her blindness or the way she perceives herself. Towards the end of the movie what could have been a severely overplayed in most western films, had a very calm and mature resolution.